Show all 104 recordings of this work

Daphnis and Chloé was the largest work Ravel was ever to compose, occupying him from early 1909 until April 5, 1912. It is also widely regarded as his most impressive achievement, and among the greatest ballet scores of the twentieth century. The work calls for an enormous orchestra, with approximately fifteen distinct percussion instruments and a wordless chorus, heard both offstage and onstage. Given its sheer size, the ballet score is much better known by excerpts, and when heard in concert, is usually represented by one of two suites that Ravel extracted from it. The first suite, of 1911, draws material from the "Nocturne," "Interlude" and "Danse guerriere," while Ravel designated the final three numbers: "Lever du jour," Pantomime," and "Danse générale" as Suite No. 2, following the score's completion in 1912.

Based on the pastoral drama by the Greek poet Longus, the ballet's scenario was devised by Mikhail Fokine, a classically trained dancer and choreographer for Sergie Diaghilev's Ballets Russes. In his autobiographical sketch, the composer described its conception: "In writing it I sought to compose a broad musical fresco, less concerned with archaic fidelity than with loyalty to the Greece of my dreams, which in many ways resembled that imagined and depicted by French artists at the latter part of the eighteenth century. The work is constructed symphonically on a very strict tonal plan, by means of a few themes, the development of which assures the work's homogeneity."

The first two scenes, which comprise Suite No. 1, portray the courtship of Daphnis and Chloé, and the latter's abduction by, and miraculous escape from, a band of pirates. The third scene, comprising the three numbers of Suite No. 2, takes place in a grove sacred to the god Pan and begins with daybreak following the pirate's night of terror.

Eventually the muted sounds of dawn give way to a stronger, more dynamic melodic thread in the strings, rising to an impassioned lyrical theme. Throughout this extended passage, Daphnis awakes, anxiously looks for Chloé, and sees her among a group of shepherdesses. The two lovers embrace as the melody reaches an impassioned climax.

In gratitude to Pan, whose intervention saved Chloé from the pirates, Daphnis and Chloé mime the adventures of the god and his beloved nymph, Syrinx, to a sultry flute accompaniment. Marked "expressive and supple," the solo is actually shared by the four members of the flute section -- piccolo, two flutes, and alto flute -- but played as if written for a single instrument. Chloé dances to this flute music, which becomes increasingly energetic, and she in turn, more animated. The motion suddenly breaks at a woodwind descent, and with a last whirl, she falls languorously into the arms of Daphnis. In a brief but passionate epilogue, a group of young women enter, dressed as bacchantes and shaking tambourines, followed by a group of young men. Against a dizzying 5/4 meter, Ravel deploys the full resources of the orchestra to create an exhilarating Dionysian celebration of physical love. 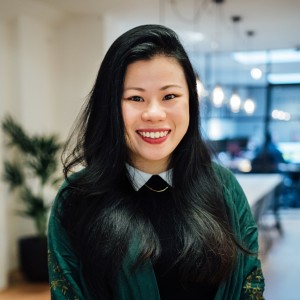