Show all 217 recordings of this work

Johannes Brahms' Ein deutsches Requiem (1863-1867) is not a setting of the German translation of the standard Requiem text. Rather, Brahms set a selection of Bible verses in German, treating death and its repercussions, and emphasizing consolation over religious observance. He avoided explicitly Christian references, at one time even suggesting that the work be called the "Human Requiem." The German Requiem took shape gradually, undergoing a number of revisions and additions in the course of its creation. First performed in a six-movement version in 1868, the work had its emotional roots in the death of the composer's mother three years earlier. The maternal spirit of much of the text, with its words of consolation that speak more of memory of the dead than return of the dead is a direct allusion his mother's death in 1865, and a reflection of Brahms' disillusionment with dogmatic religion. As a counter to this, there is a more paternal element in the second, third, and sixth movements, which invoke the inevitability of death and its eventual defeat. In spite of its evolving over a period of 11 years, there is a unity of style, mood, and form that is surprising in a work not planned as a unit from the beginning. There are some disparities in balance and scoring, however, the breadth, power, and sheer beauty of the work surely rank it among the great masterpieces of choral-orchestral music.

The first person to see the "finished" score was the other important woman in Brahms' life, Clara Schuman, who wrote to him, "I am completely filled with your Requiem, it...takes hold of a person's whole being like very little else." In 1869, Brahms inserted a new movement as the fifth of the work's seven, and in this, its present form, the Requiem was presented at the inaugural concert at Leipzig's Gewandhaus concert hall. Over the next decade the work was performed more than one hundred times in German-speaking countries alone. The Requiem, which predated all of the composer's symphonies, was the first large-scale orchestral piece for which Brahms gained universal acclaim; its radiant warmth has made it a perennial audience favorite.

Recent intepretations of the German Requiem seem to be evolving from a tradition of automatic application of the formula "slow = reverent" into a newer approach that observes Brahms' often faster, more flowing tempos. Choirs with the desire to perform the Requiem but lack the resource of an orchestra may wish to investigate Brahms' own arrangement of the accompaniment for piano, four hands. 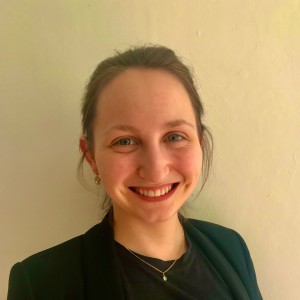